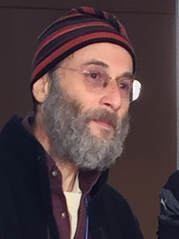 Allen founded the Mindfulness Community of Hampton Roads in 1992 after returning from a 21 Day Retreat with Thich Nhat Hanh in Plum Village, France. He has been a practitioner of meditation since traveling to India to study yoga in 1972, and has practiced at Buddhist monasteries in Thailand, China, Tibet, and Vietnam, as well as France, Great Britain, & Switzerland. He ordained as a member of Thich Nhat Hanh’s Tiep Hien Order in 1994, and has helped lead meditation retreats in the tradition of Thich Nhat Hanh both in Europe and the United States. Allen was a faculty member at Old Dominion University for many years, and served as a Fulbright Scholar at Hue University in central Vietnam during the 2002-2003 academic year. He has helped establish a number of social service projects in Vietnam with funds raised through the Mindfulness Community of Hampton Roads.